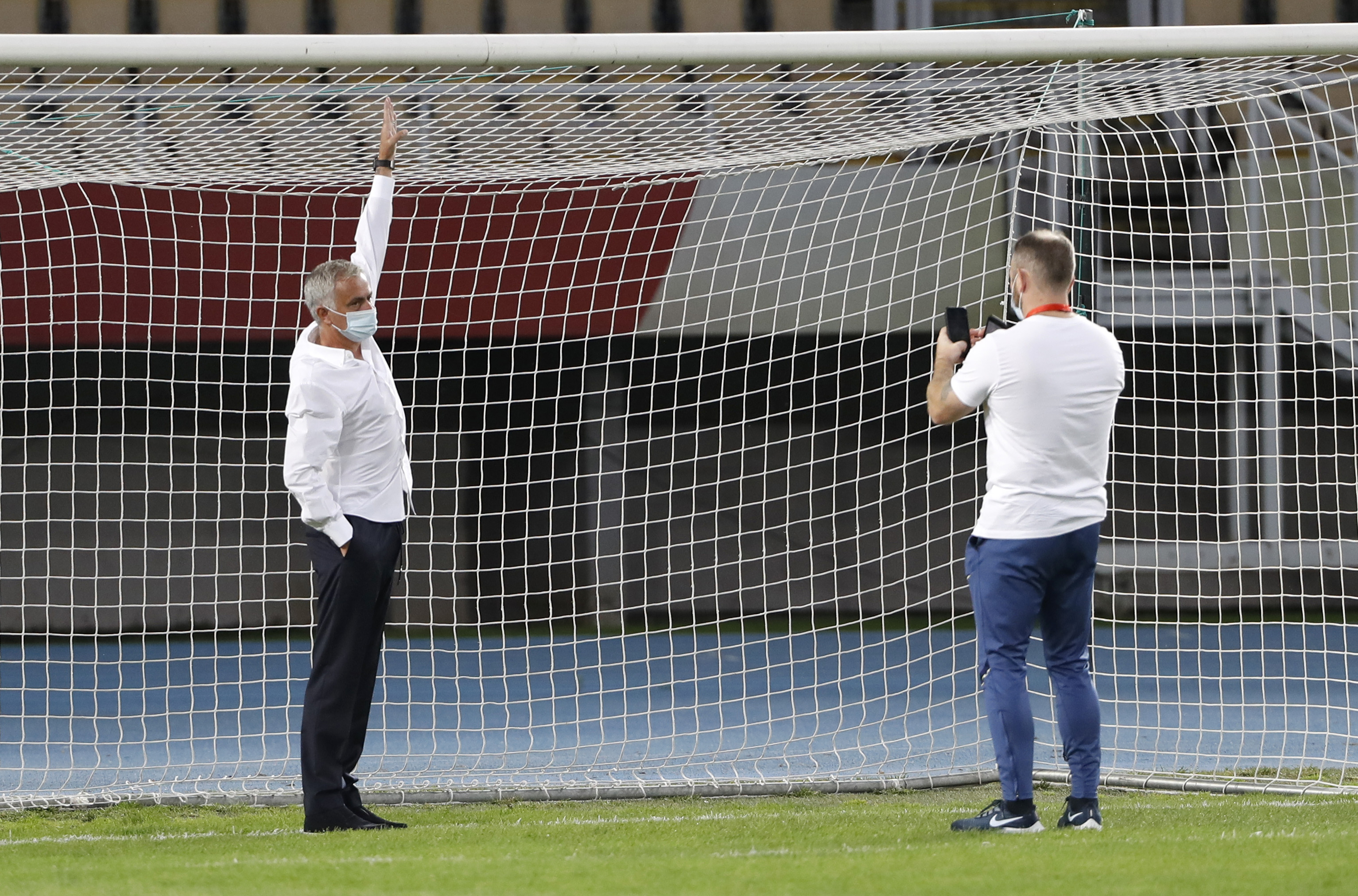 Rather than “moving the goalposts” it was a case of shortened ones ahead of Thursday’s Europa League game between Tottenham Hotspuur and North Macedonian side Shkëndija.

Upon inspecting the frame of the goal, Spurs head coach Jose Mourinho sensed something was amiss. It turned out the crossbar was five centimeters lower than it should have been.

Mourinho complained to UEFA before kickoff and the smaller goal frame was replaced with one that was regulation size.

There was no suggestion of foul play as the game was played in North Macedonia’s national stadium in the capital city of Skopje given Shkendija’s home stadium was deemed to not meet UEFA regulations. Shkëndija is based in Tetovo, a small city outside of Skopje.

READ: Jose Mourinho is the star of the show in new behind the scenes documentary at Tottenham

“Before the game was a funny situation because my goalkeepers told me that the goal was small,” Mourinho told reporters after the match.

“I am not a goalkeeper but I know football since I was a kid and I know when I stand there and I spread my arms and I know the distance, so I felt immediately that something was going wrong.

“We got the UEFA delegate to confirm and yes it was 5 centimeters smaller, which of course we demanded for the goals to be replaced for goals of the right dimension.”

Initially, the 57-year-old manager thought he may have had a belated growth spurt.

“I thought I had grown,” he posted on his Instagram account after the game. “But then I realized the goal was 5 centimeters lower.”

Tottenham eventually won the match 3-1 thanks to goals from Erik Lamela, Son Heung-Min and Harry Kane to set up a home clash against Maccabi Haifa to determine which side makes it into the Europa League group stages.