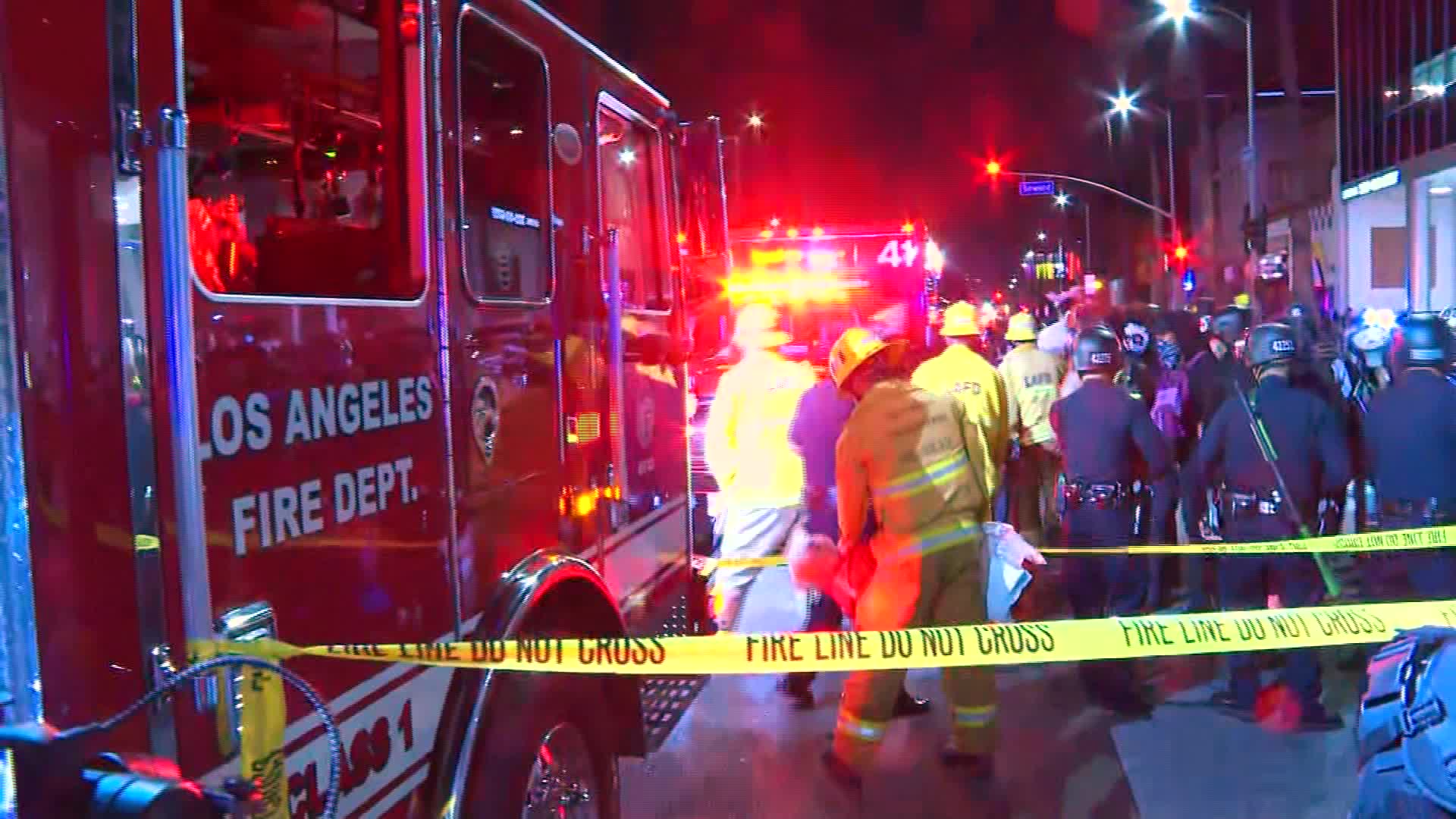 A protester was struck by a pick-up truck during a march for Breonna Taylor at Sunset Boulevard in Los Angeles Thursday night.

Demonstrators had peacefully gathered near a cemetery in Hollywood where they listened to speakers before beginning the march. There were approximately 300 people in the crowd, according to the Los Angeles Police Department.

But as the group reached Sunset Boulevard, a blue pick-up truck “maneuvered through the crowd and became involved in an altercation,” the LAPD said in a statement posted on Twitter.

“As the driver attempted to get away from the situation, he struck a protestor standing in the street,” the statement added.

Protesters have gathered in cities across the US after a grand jury declined to charge three officers in Breonna Taylor’s killing more than six months after she was shot to death while police were executing a warrant. Only one of the three officers involved was indicted on first-degree wanton endangerment charges for the risk put on Taylor’s neighbors.

In video of the Sunset Boulevard incident posted on social media, the vehicle can be seen speeding away from the scene as people gathered around the injured protester to help. A CNN crew was on the scene and saw the Los Angeles Fire Department firetruck and ambulance arriving soon after the incident.

The injured person was transported to a local hospital with minor injuries, according to the police.

It was unclear whether the vehicle initially drove into the crowd or if protesters gathered around it as the driver tried to navigate down Sunset Boulevard.

Police say soon after that incident, “a white Prius attempted to drive around the same protest and also became involved in an altercation” with people in the crowd.

In aerial video captured by CNN affiliate KCAL/KCBS, the car stopped momentarily, and protesters began hitting it before it sped away down the street. It was followed by a black pick-up truck, which according to LAPD had been leading the protests, and which “pinned the white Prius in,” forcing it to come to a stop.

All the victims and drivers have been identified and an investigation into both incidents is underway, according to the police. The police have not released their identities to the public.