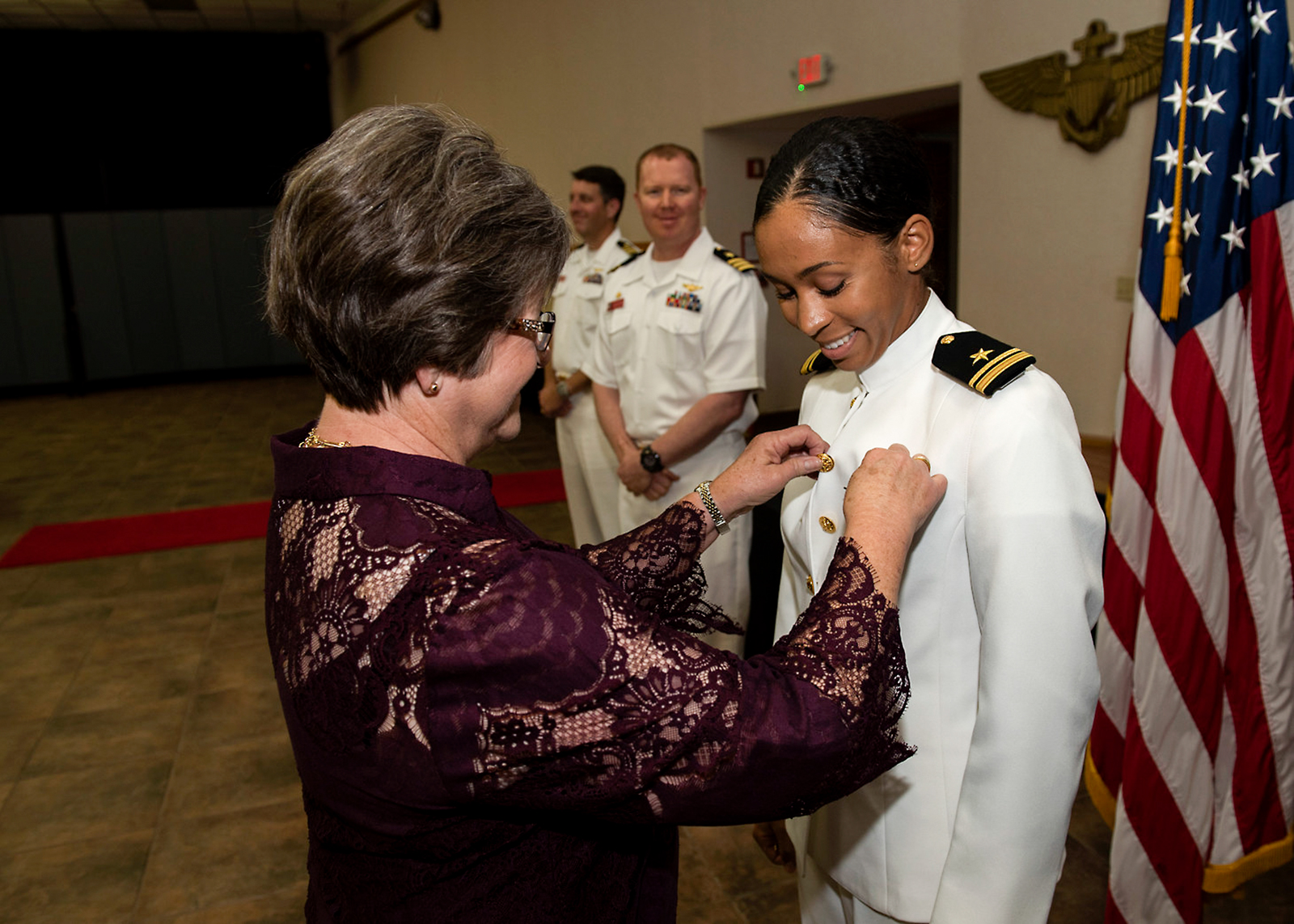 Swegle was named a naval aviator and awarded her gold naval aviator wings with 25 classmates during a small ceremony at Naval Air Station Kingsville in Texas, according to the Navy.

“I’m excited to have this opportunity to work harder and fly high performance jet aircraft in the fleet,” Swegle said. “It would’ve been nice to see someone who looked like me in this role; I never intended to be the first. I hope it’s encouraging to other people.”

“Lt. j.g. Swegle has proven to be a courageous trailblazer,” said Vice Adm. DeWolfe “Bullet” Miller III, the commander of Naval Air Forces. “She has joined a select group of people who earned Wings of Gold and answered the call to defend our nation from the air. The diversity of that group — with differences in background, skill and thought — makes us a stronger fighting force.”

Swegle’s landmark accomplishment follows the footsteps of other groundbreaking women and minorities in the US Navy, like Rosemary Mariner, who became the first female jet pilot in 1974, and Brenda Robinson, the first Black woman to become a Navy flight instructor, evaluator and VIP transport pilot in the 1980’s, according to the non-profit organization Women in Aviation International.

“I think representation is important because we are a very diverse nation,” Swegle said in a video released by the Navy earlier this week. “I would like everyone to believe that they can achieve whatever they want to do.”

Swegle will now report to Electronic Attack Squadron 129 at NAS Whidbey Island in Washington to begin training as an EA-18G Growler pilot. The squadron trains new naval aviators, naval flight officers, and naval aircrewmen in electronic warfare tactics, techniques, and procedures in preparation for their fleet assignments, according to the Navy.

The EA-18G Growler is an electronic warfare aircraft, a specialized version of the two-seat F/A-18F Super Hornet fighter jet, and is based on US aircraft carriers.